An interview with Paul Mundy, our founder 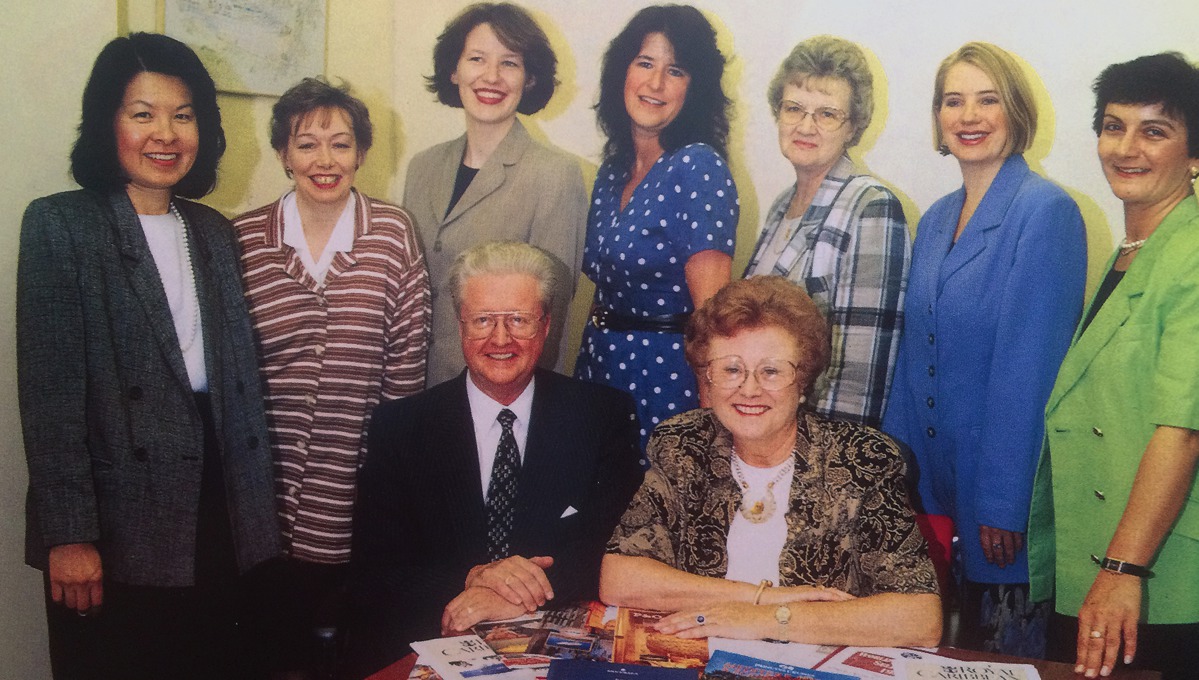 Forty-five years ago, on 1st October 1970, our venerable founders Paul and Judith Mundy opened the door to number 11 Quadrant Arcade, Regent Street, and, as Paul told me "with one desk and three chairs we were in business".

If you think back to what was happening at the time, it was a visionary decision. Many were predicting an end to passenger shipping with the advent of the jet plane - Concorde had made her maiden flight in 1969, and in 1970, the first jumbo jet touched down at Heathrow. Just four million Brits took an overseas holiday that year.

But Paul and Judith, with the passion they maintained for cruising right through to the year they sold the business in 1999 (to me and Matthew), and beyond, were determined to share the joys of cruising with a distinguished band of discerning travellers (some of whom still book with us today!).

Changes at Norwegian America Line gave them the opportunity they needed to expand their luxury cruise business, and Paul looks back to those ships, the Oslofjord, Bergensfjord, Sagafjord and Vistafjord as some of his very favourite, not replaced in his affections until he came across Song of Flower in the '90s. Many of the companies which still dominate the industry today were building at that time - Carnival's Mardi Gras was launched in 1972, NCL's lovely little Southward in 1971, Island Princess from Princess in 1971, not forgetting Royal Caribbean's Song of Norway in 1970.

Whilst Paul looked after the business in Quadrant Arcade, Judith would escort groups (or vice versa) taking inquisitive guests, including lots of single ladies, far and wide to places such as Australia, South America, the Hawaiian Islands and the Far East. "When I looked at the globe and saw the size of the oceans", said Paul, "I was certain a very rewarding living could be made from the sale of travel by sea." The strength of the business lay in the personal knowledge of Paul, Judith and their team - exactly the level of expertise maintained in the Mundy offices today, where lots of listening and not so much talking lies at the heart of our customised service. I asked Paul what drove them to stick with the concept they had launched. He told me "The '70s, '80s and '90s were tremendously exciting times to be involved, in a small way, with the growth of the cruise industry."

"There were severe hiccups: the Falklands War and two Gulf Wars disrupted travel plans completely. It was tough to retain staff until normal conditions returned, but I was determined to retain the expertise we had all acquired so we could quickly resume our position as a leading cruise only agency. I remain convinced that it is better to be really good at one endeavour than try to have limited knowledge of many things, so I resisted the sirens trying to entice me with bucket and spade holidays to Spain."

Finally, I asked what was Paul's favourite trip. He admitted to loving days at sea, and recommended one of his most recent trips, on Crystal Serenity, crossing the Indian Ocean from Singapore to Cape Town. "Wonderful ports of call - but not too many!"