The latest on Windstar's US$250 million Star Plus initiative 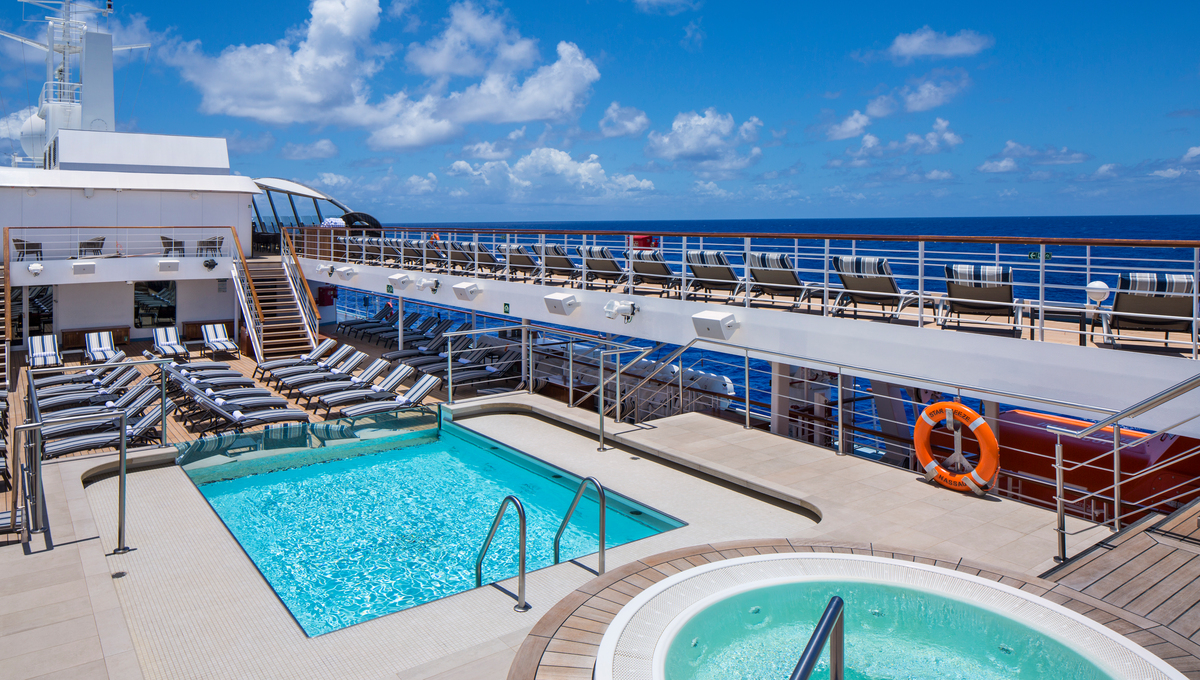 When Windstar Cruises announced plans to 'stretch' their three Star Class ships back in 2019, they could not have foreseen how the upgrade programme would itself become stretched and delayed by the coronavirus pandemic.

On top of the original US$250 million outlay to upgrade Star Breeze, Star Legend and Star Pride, Windstar have made a significant additional investment in new health and sanitation measures across the fleet, and have also used the prolonged pause in operations to spruce up the interiors of their three Wind Class sail-assisted ships. Happily, after a longer than expected wait, Windstar guests are now reaping the rewards as the fleet returns to service. 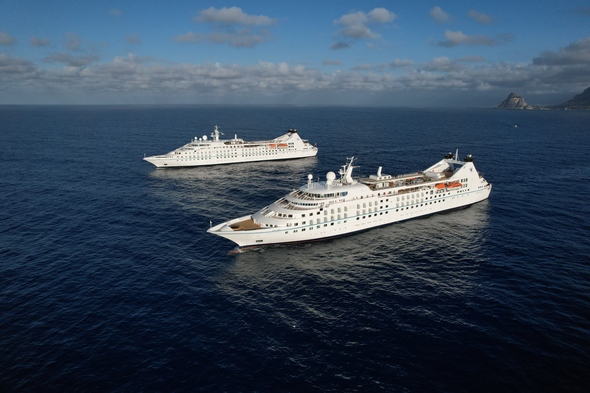 So what does US$250 million buy you these days? The least exciting, but perhaps most important, of the changes is a complete replacement of the ships' engines, with a more fuel-efficient and environmentally friendly propulsion system designed to ensure many more years of service. The 'stretching' has added an extra 84 feet to the length of each ship, allowing for the addition of 50 new suites and an increase in capacity from 212 to 312 guests, although the staff-to-guest ratio of 1 to 1.5 will be maintained. As well as the new accommodation, all of the existing suites have been refreshed, including completely new bathrooms with L'Occitane amenities.

The ships now have more space for spa and wellness, with the World Spa by Windstar offering treatments inspired by each destination, and the enlarged fitness centre is kitted out with Technogym equipment. The remodelled pool deck looks fantastic, featuring a small plunge pool with a glass wall and waterfall, plus two whirlpools. 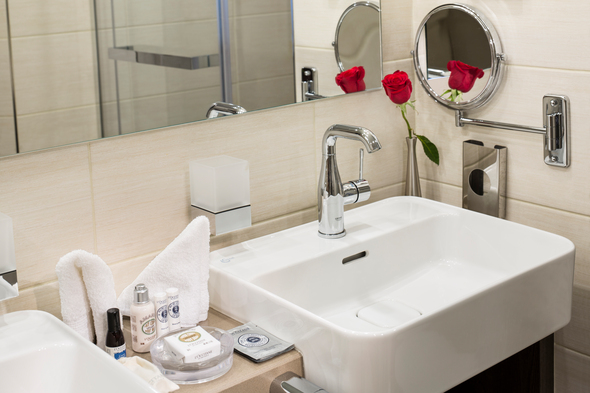 We're also excited to sample the menus at the two brand new speciality restaurants. The al fresco Star Grill by Steven Raichlen is situated next to the popular Star Bar, serving a mouthwatering selection of grill dishes from around the world. Although not well known in the UK, Steven Raichlen hosts three cookery shows in three different countries, has written 31 books translated into 17 different languages, and has even lectured on the history of barbecue at Harvard! This is clearly a man who knows his stuff, and you can expect everything from maple sriracha chicken wings to Asian-style lemongrass pork. 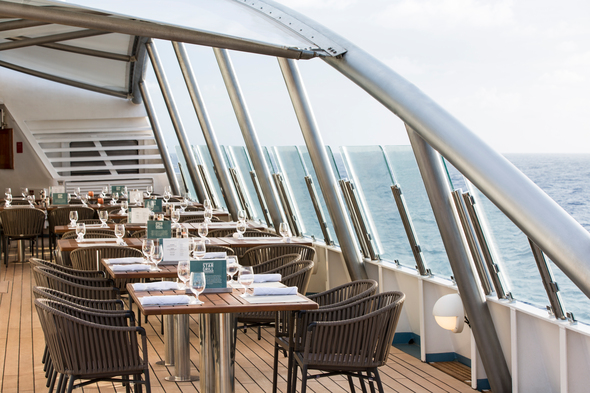 Cuadro 44 by Michelin-starred chef Anthony Sasso is another welcome addition, showcasing flavours from around Spain in an intimate setting. The restaurant has a chef's counter where you can watch your food being prepared in the open kitchen, and the menu features small plates and entrées such as Galician steamed mussels, Asturian sobrasada and poached cod 'pil pil' from the Basque country. 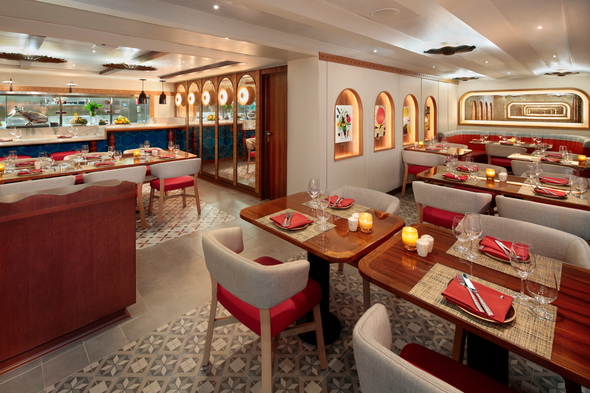 The first of the three Star Class vessels to emerge from dry dock, Star Breeze, resumed sailing in the Caribbean in mid- July. Star Legend will return to service in Northern Europe from September, followed by Star Pride in the Caribbean in November. The sail-assisted Wind Star and Wind Spirit are also back in action, sailing in Greece and Tahiti respectively, while Wind Surf is due to return to the Med in early August.

Windstar are reporting exceptional demand for 2022, with some intriguing itineraries to choose from. Star Breeze is set to join Wind Spirit in Tahiti this September, the first time Windstar have had two yachts in the South Pacific, before heading to Mexico's Sea of Cortez in April 2022, then sailing up the west coast of the US to Alaska. In autumn she heads to Japan, followed by a much anticipated first season for Windstar in Australia and New Zealand over the winter - fingers crossed for the full reopening of borders by then. Closer to home, both Star Pride and Star Legend will be in Europe next summer, with highlights including new voyages in the Baltic, the Black Sea, Greece and the Holy Land. 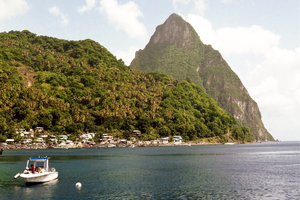 Jewels of the Windward Islands 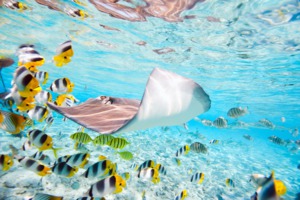 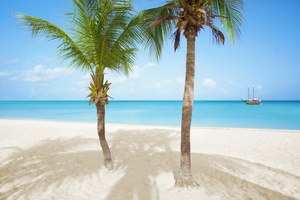 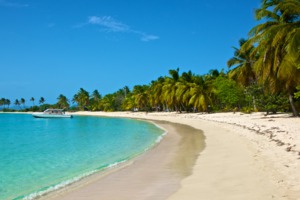 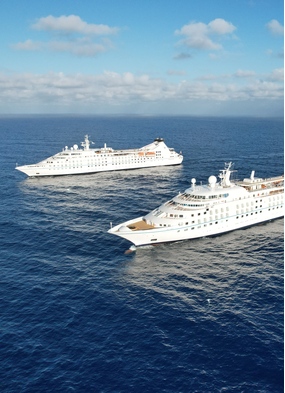